A belated welcome to our fellow engineers!
Last month’s meeting was one of our typical meetings, with the familiar faces of frequent attendants and a few new occasional faces as well. The meeting was sponsored by Wiss, Janney, Elstner Associates, Inc. ; Thus, we were all able to enjoy a few drinks with our fellow engineers.
The meeting started a little late at 6:30pm, allowing everyone to network a little longer. Mr. Steve Wilkerson, reported that the membership survey results were in and he was quite pleased with the response as well as the participation rate.
In general, Mr. Wilkerson reported that the membership appeared to be satisfied with the meeting location and meeting time. Therefore we would not see any changes to that. There was not dissatisfaction with the content of the meetings either; an indication that Mr. Bustamante’s efforts in securing the various speakers for our meetings has really paid off.
Mr. Wilkerson also reported that the main reason for members not being able to attend monthly meetings was just “being too busy”. In a way, we were glad to know that was the case, and will continue our efforts to facilitate these educational meetings so that when you find time, you’d be sure that your time would not be wasted.The meeting’s speaker was none other than our Chapter’s Vice President, Mr. Busamante. His topic was “Precast Concrete Parking Structures Evaluation and Repairs”, an interesting topic for several members in the audience.The chapter’s board members were all in attendance that evening, and had the chance for a group picture to be included in this month’s newsletter.The meeting ended on time at 8:30pm.
As always, I would like to encourage you to plan to attend our next meeting. You’ll always see some friendly faces welcoming you, have a good time networking with your fellow engineers and you may also learn something new.
See you at this month’s meeting!” 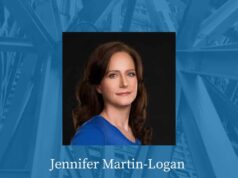