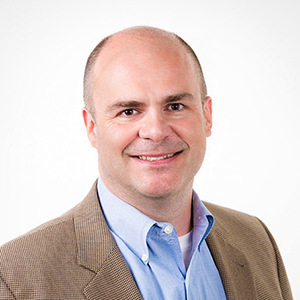 The National Weather Service confirmed that a tornado touched down in this area with recorded winds as high as 105-mph around midnight on Sunday, February 19.  As of last week, 575 residences were confirmed to have sustained damage.  Multiple businesses were damaged as well. Fortunately, I understand that no significant injuries were reported.

The area I visited is a very established part of San Antonio.  Most buildings were probably built in the 1960s-70s, with mature live oaks being a predominant feature.  Tornadoes in this area are probably very rare, but this event serves as a reminder that such wind events can occur anywhere at any time.

With San Antonio (formerly) being solidly in the 90-mph wind zone, you might not expect the damage to be as severe as it was.  But a quick survey of the structural damage I saw in one city block identified three common failures associated with a wind event:

Overturning – A sign approximately 8-feet tall with unreinforced masonry columns had toppled over.  What little of the shallow footings that were present had been ripped out of the ground.  I’m guessing this particular sign was not built off of sealed drawings. 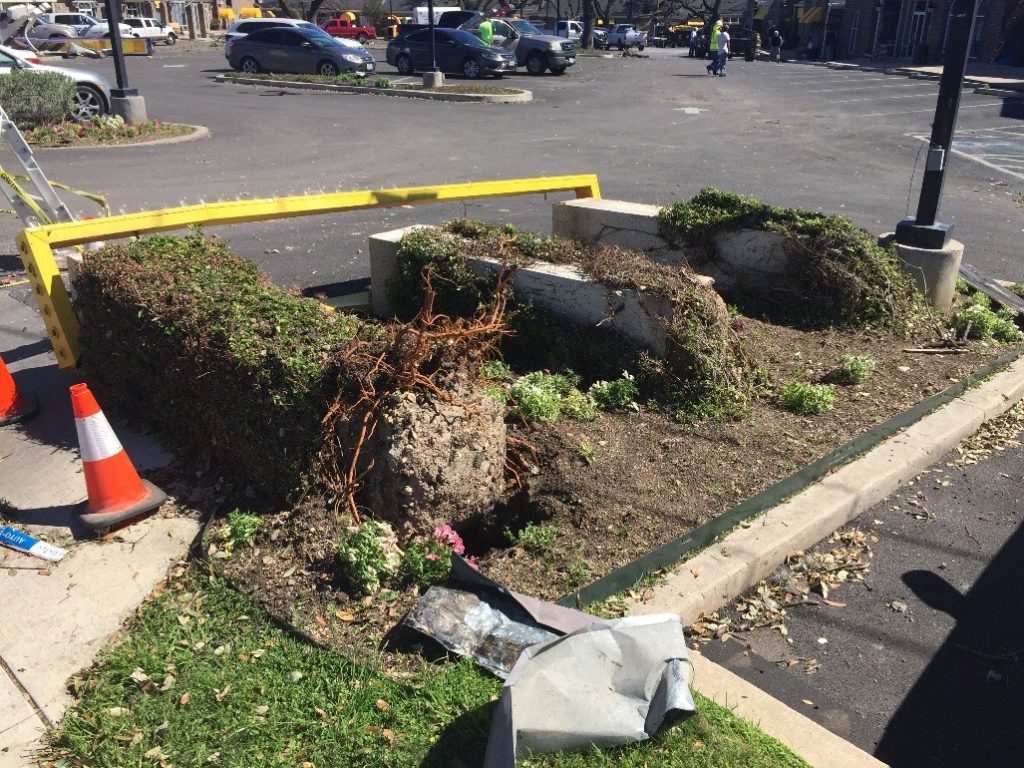 Connectivity – When roofs and brick facades are ripped off of buildings, it often becomes apparent that some basic connectivity to the super structure was not adequate.  Maybe it is reliance on toenailed roof rafters or a liberal spacing of the veneer ties –but a wind storm does a pretty good job of finding the weak points in a structure, components and cladding. 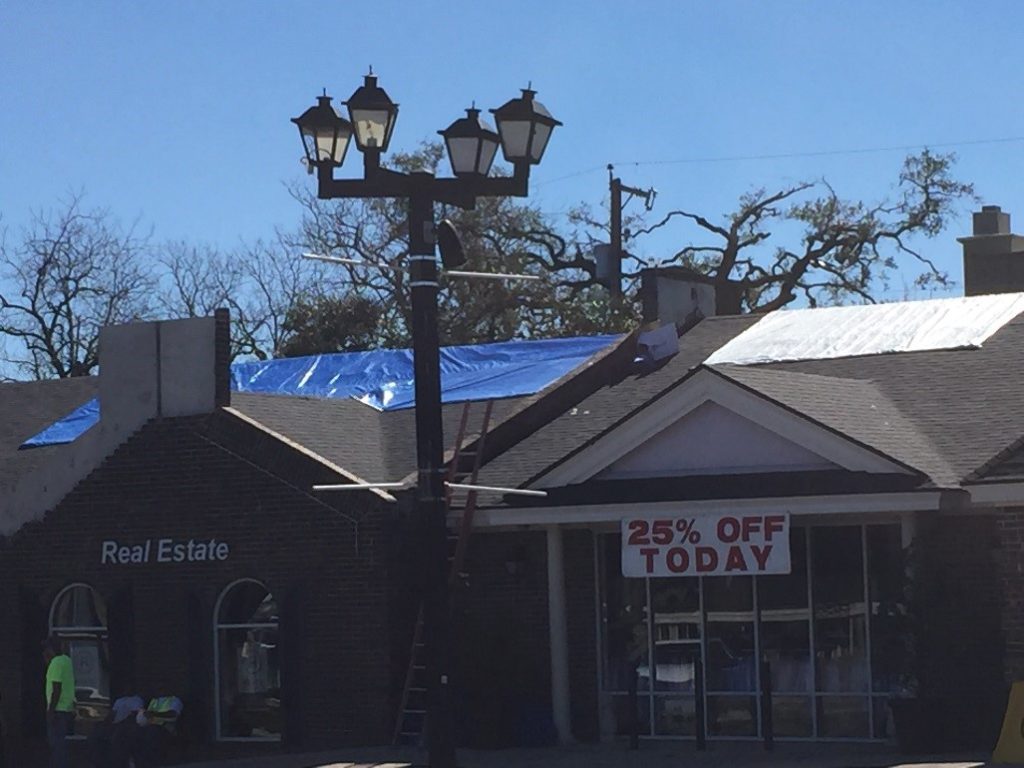 Wind-Borne Debris – This ties into the connectivity issue; obviously when a large piece of debris goes flying because it may not have been properly connected to the super structure, damage to adjacent structures is a likely result. 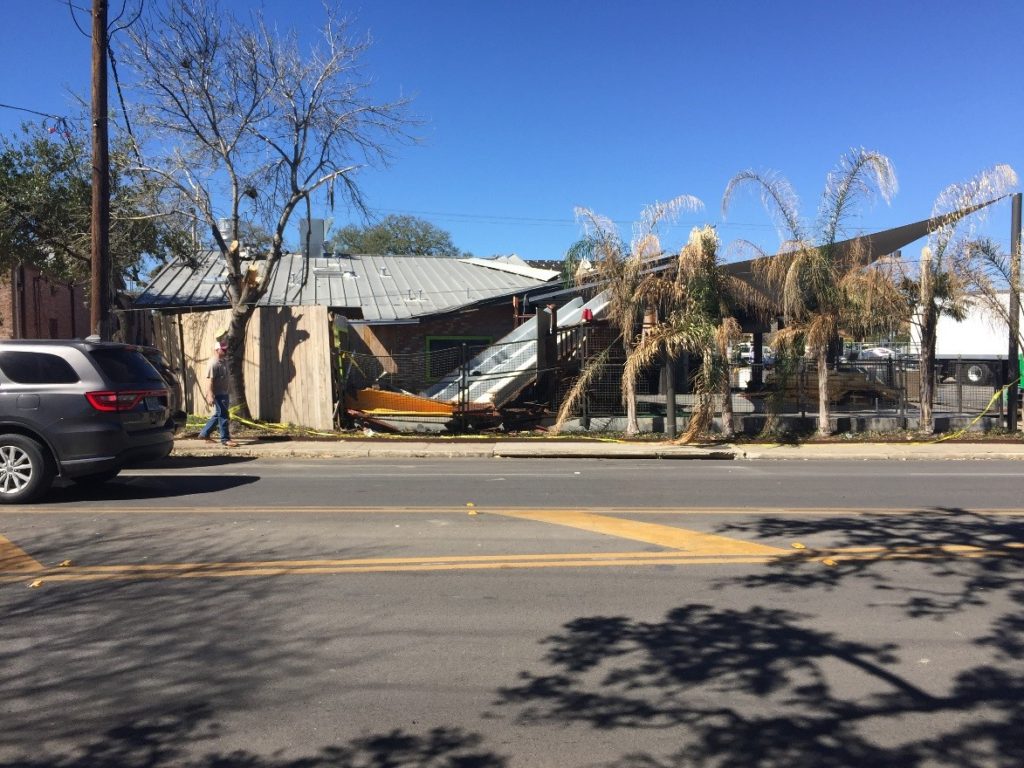 Figure 3 – A canopy or roof structure, apparently from another location, causing damage to an adjacent structure.

To be clear, I don’t know the particulars about any of the damage I observed.  All of the construction observed may very well have met code requirements at the time it was built. This can be the fine line between code requirements and engineering judgement, where we should be extra vigilant when developing our details and overseeing construction.  Often, a little additional material can greatly improve the performance of a structure over time.

Lee Walden has been trying to mobilize our chapter to become stewards of the TDI windstorm requirements, and I support those efforts.  In general I believe it is our duty to educate the public and be advocates of safe design procedures for all structures, especially as it pertains to wind events. 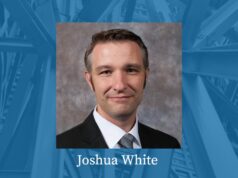