Braced excavation and foundation systems of tall buildings in the Houston Area are presented through a case study of the recently completed B G Group Place, Houston’s tallest building to start the 21st millennium.

The building is considered one of the tallest soil-supported buildings in the world at 48 stories from basement to top when compared to the 75 story Chase Tower. The presentation is expanded by performance information from other local braced excavation projects (Ulrich, 1989) in the Texas Gulf Coast to capture the broad character of excavation behavior. Properly designed and built Houston Area excavations enjoy behavior characteristics unique to those reported in other locations. Success prevails with foundation engineering which is a solid collaboration between the Structural and Geotechnical Engineer or the Foundation Engineer serves as master of the collaboration.

Ed Ulrich graduated from Georgia Tech in 1969 with a Bachelor of Civil Engineering with concentrations in George Sowers Foundations, structures, and surveying, but he began his career in 1967 as a part time field engineer in Atlanta foundation projects to pay future wedding bills. After one year as a Construction Engineer

he entered the University of Illinois at Urbana-Champaign in 1970 to study under Ralph Peck. Upon graduating with an MSCE, he returned to Atlanta for another year, and then crossed the Sabine in 1972 to join McClelland Engineers. By 1980 he became chief engineer for tall buildings and braced excavations and started Ulrich Engineers in 1984.

Mr. Ulrich’s experience extends over four continents offshore and onshore. He served as the Committee Chair of ACI’s Foundation Committee for almost 15 years leading industry experts in modernizing foundation standards and has produced nearly 100 written and oral presentations. ASCE has awarded Mr. Ulrich the Thomas A. Middlebrooks Award, Harry S Schnabel Award. ADSC gave Mr. Ulrich the President’s Award and named his paper “Drilled Piers Succeed with the Deepest Excavation in the Texas Medical Center” their 2011 May Feature Article. He has given invitational lectures to the Illinois and Louisiana Section ASCE State meetings. 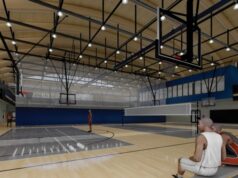